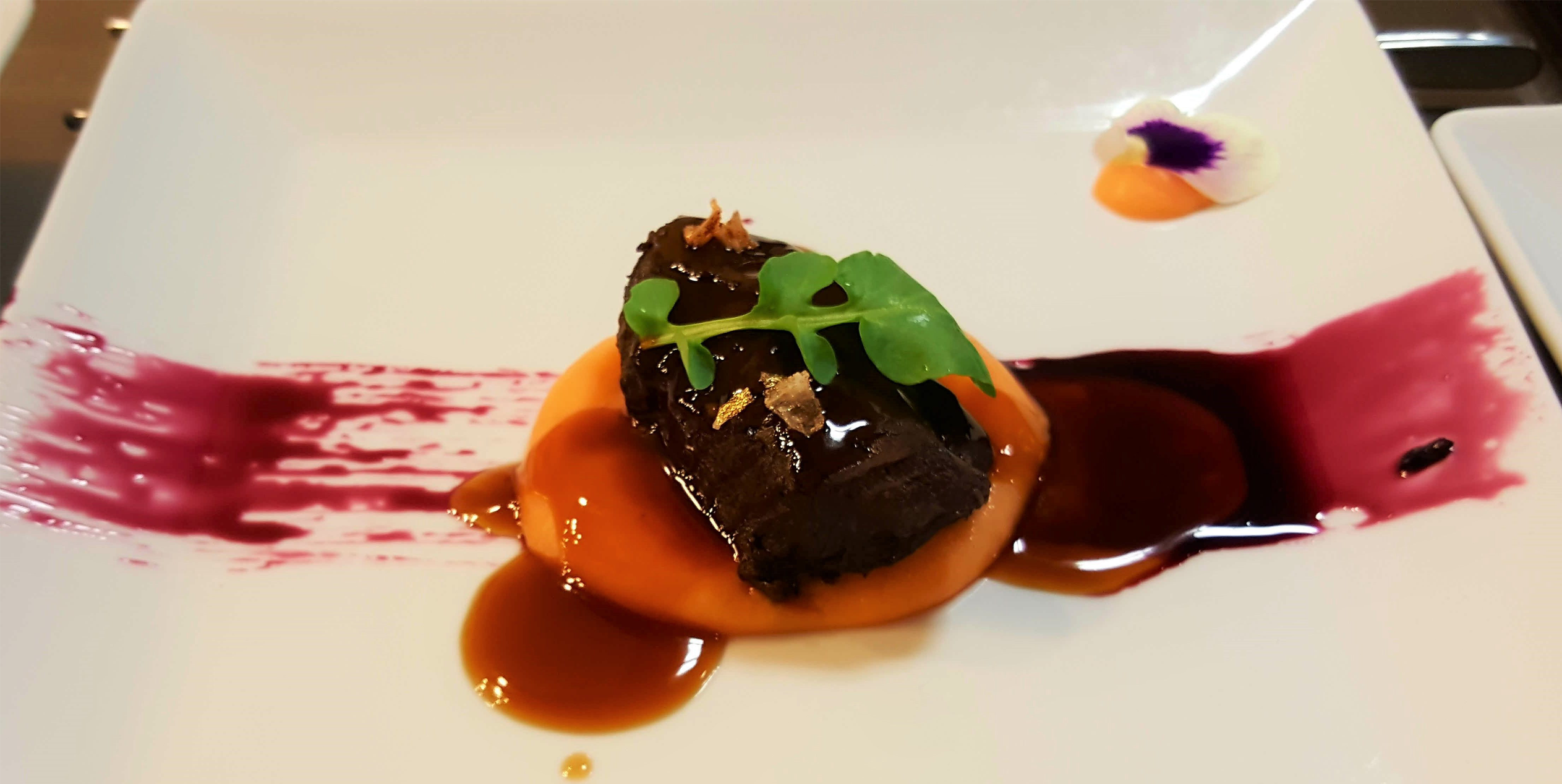 One of the technological developments that has influenced modern cuisine has been, without a doubt, the combi oven. Although today it may go unnoticed in our kitchens, a couple of decades ago it revolutionised the kitchen and its results are still seen today. And not only did it change the way food was cooked: the combi oven became the key to the planning of meals and opened new horizons in the management of culinary production. From mass catering to haute cuisine, today the combi oven stands out as an indispensable tool due to its versatility. Within the possibilities that this equipment offers us, sous vide cooking and the ability to cook at a low temperature are perhaps some of the benefits that wider distribution is having within our culinary scene.

Thus, today we propose a simple dish with very technical processes of cooking at low temperature and cooking sous vide in our traditional cuisine:

PREPARATION OF THE CHEEKS AND GLAZING

In a pot, cook the clean pork cheeks until they start to colour, remove them, season them and vacuum pack them (99%) in cooking bags.  Let them cook in 100% steam mode at 75 degrees for twelve hours. Then roast the vegetables and cuts of the cheeks in the oven at 180 degrees and use them to make a sauce in the cooking pot where we the cheeks are. When the sauce is ready; deglaze with wine until reduction and then filter in a superbag. Adjust, season and texture with corn-starch to set aside for later.

PREPARATION OF THE TRUFFLED PUMPKIN CREAM

In a saucepan pour cold water, add potatoes and boil. Lower the heat and let it boil for about 15-20 minutes. In addition, vacuum pack the pumpkin and truffle oil. Cook at 85 degrees for 45 minutes. Whip the cooked potatoes, part of the water from cooking, butter, salt, pepper and pumpkin until obtaining a fine, oily cream. Add the cream in fine dashes, xanthan gum and continue whipping until it emulsifies. Put it into a piping bag and set it aside.

PREPARATION OF THE PORK CHEEK

Reduce the wine over medium-high heat in a saucepan. When it has reduced to two-thirds of its volume, add sugar and mix. Lower the heat and cook until fine bubbles appear and take on an intense ruby ​​colour. Set it aside and allow it to stand.

FINAL TOUCHES: use the 100% steam function to regenerate/maintain the pumpkin cream in the piping bag and the cheeks in the bag at 75º. With the reduction cooled down stroke it diametrically on a white plate. With the help of a hoop make a cream dish bottom with the piping bag, place the cheek, top it with the hot glaze and finish off by crowning with micromezclum or some tender sprout.